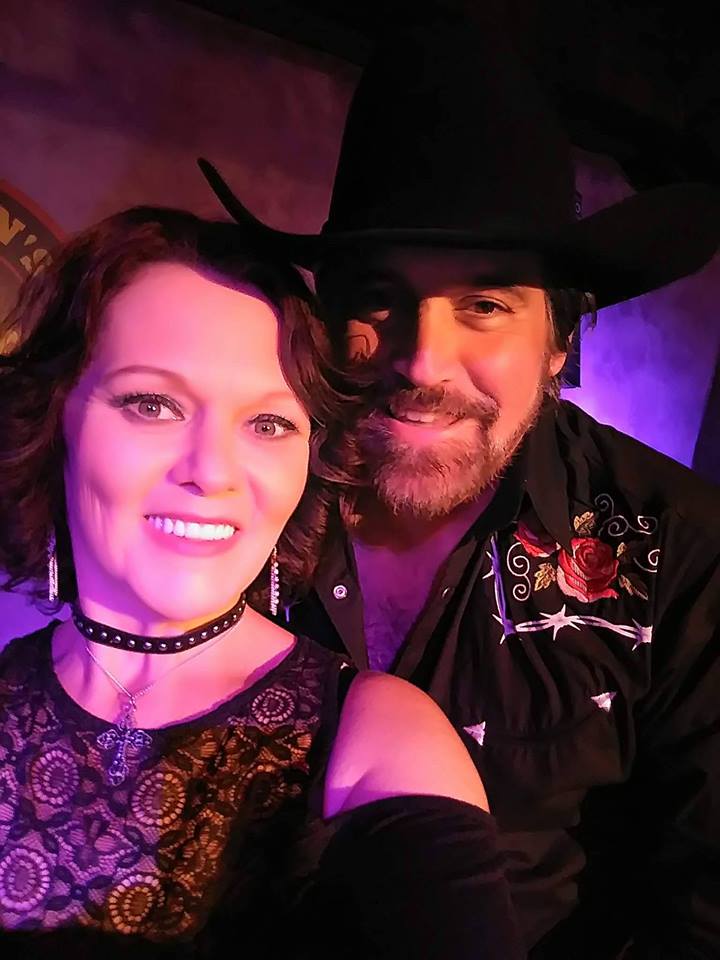 Please join us for Branson’s Dynamic Duo.  These two bring a wide variety of music from classic country to a littler newer country music.  This is a tips only performance.

Branson’s Dynamic Duo – Michelle Ivey Jordan, Josie Awards Song of the Year winner in 2015, and Song of the Year nominee in 2016, 2017, and 2018: and Jeff Sadie of 3 Dog Night Shambala.
Michelle Ivey Jordan….known in Branson as “Little Tanya” for sounding like Tanya Tucker…was born and raised in Kaufman Texas, a suburb of Dallas, and began singing as soon as she could talk. She sang in church and for classmates in school, and as she got older, won singing contests in her home state. She has been a hit wherever she has lived, from Palm Springs and Thousand Oaks California, to New Mesico, to Florida, and now in Missouri. Michelle’s debut CD, :Shiftin’ Gears”, has sold thousands of copies, and has songs written by Angelina Presley (The Pistol Annies, which is Miranda Lambert’s group) and Jan Dyer, who was nominated for a Grammy with her song “Every Time Two Fools Collide”, which was a mega-hit for Kenny Rogers and Dottie West. Michelle was awarded Song of the Year in 2015 with “Razor Blades and Whiskey”, and has been nominated for that same award every year since. She now calls Branson, MO home.

Jeff Sadie learned country music in the bars, nightclubs, and smoky honky tonks of Southern California, capitalizing on the Urban Cowboy craze of the early 80s. A few of his former band mates are players like Pete Anderson and Marty Rifkin (Dwight Yoakam), David Gant (Garth Brooks), David James (Boy Howdy, Mila Mason), Shane McDaniel (Mark Wills) and Mike Soleil (Johnny Rodriguez, Steve Azar) among many others. He relocated to the Florida Panhandle in 1989, and in less than three years not only had the #1 band in the entire area, he also owned the #1 Country Nightclub! It was during this time that he opened for Clay Walker, Davis Daniel, Earl Thomas Conley, Shenandoah, Collin Raye, Tracy Lawrence, David Allen Coe, Willie Nelson, and LeeAnn Womack, as well as playing with Percy Sledge and Bobby Purify. He moved to San Diego in 2002, and not long after, he once again had the most popular band in town, The Tumblin’ Dice, opening again for Willie Nelson and even becoming affiliated with Willie Nelson Bio Diesel as the official Bio Willie Band, writing songs for the company to be used both in commercials and film about the company and it’s products.
Jeff is not only a singer and songwriter, but an excellent guitarist, equally at home playing classic rock, blues, and disco, as well as his beloved country music. And he is a tireless and energetic performer, using a wireless guitar and microphone setup, and one of his favorite things to do is come down from the stage and two-step with one of the ladies in the audience while still singing and playing his guitar! He sings everything from Merle Haggard to Toby Keith and Kenny Chesney, to Elvis, the Beatles, Aerosmith, and Uncle Kracker, and can play ala Brent Mason or Carlos Santana.
Jeff is endorsed by Godin Guitars. He resides in Branson and is the lead singer in 3 Dog Night Shambala (3 Dog Night Tribute Show) and is lead guitarist in the Rolling Stones tribute.