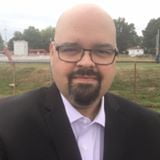 We are beyond pleased to welcome back to TL Dan Keeton.  If you missed Dan at the TL Showcase here is your chance to see him.  Dan is currently performing with the Baldknobbers.   A love offering will be taken.

Daniel is an highly accomplished tenor vocalist with over 38 years of experience, with performances spanning the entire United States as well as in Canada and Mexico. Honored with multiple awards and accolades (including being inducted in 2017 into the GMA Gospel Music Hall of Fame in Nashville), Mr. Keeton has been blessed with the opportunities to perform at such venues as, The American Cathedral in Paris, Branson Missouri Theaters, Silver Dollar City, Dollywood in Pigeon Forge Tennessee, TBN Television, Gaither’s Homecoming Concerts, Staples Center in Fresno, California, to The Time Square Church in New York.  Dan is a former tenor vocalist with Gold City Quartet.