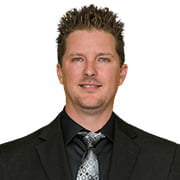 David Griffin is originally from Denison, Texas.  He has been performing in Branson for 11 years now.  He has performed with Little Texas, TG Sheppard, Collin Ray, Marty Haggard, Debbie Boone and Restless Heart.  In 2009 he went on Operation Iraqi Children (OIC) to Iraq to perform for the troops and deliver schools supplies to the Iraqi Children. David performed in Country Tonite for 3 years.  For the Last 7 years he was on the Showboat Branson Belle.  Currently David performs in the Clay Cooper Theater.  He is also part of the worship team at Woodland Hills Family Church here in Branson.   Be sure to join David for a great night of worship and testimony.  A love offering will be taken.