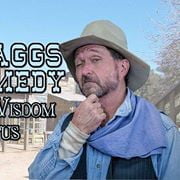 We are honored to welcome to TL for the 1st time Mark Staggs.  This event is paid by your Activities Department.  This event will be held at the Outdoor Pavilion.

I live in a world of Celebrity Impersonations where I see Arnold Schwarzenegger working at McDonald’s, Jack Nicholson as checkout lady at Wal-Mart, John Wayne as the announcer at John Wayne Airport and Bill Clinton singing songs about Hillary. I do over 100 impersonations of famous people/celebrities. All of them telling a joke or stories or singing songs like Tommy Lee Jones singing Hotel California.

I did my first impression at the age of five. My first John Wayne impression was in 1967 when I and my buddies watched “The War Wagon” at the bijou. We came out and I did an impersonation of the Duke and they were speechless, their eyes wide open stating that I sounded just like John Wayne in the movie. Well as much as a kid of nine could sound like the Duke.

The impressions started adding up rapidly in high school and then in the Marines. I started writing comedy (because I was funny). Over the past 40 plus years I have performed sporadically until 2015. Then the light came on and I started doing my standup routine as Festus from Gunsmoke, the western TV series.

My other impersonations are regarded as excellent but my Festus is regarded as EPIC! And from that point on my Festus comedy show took off. I have been booked all across the U.S. I perform as Festus tribute artist at festivals, private functions, cowboy churches and corporate events. I am an experienced emcee, inspirational speaker, and have preached in churches on occasion. My comedy is extremely clean and I have always been asked to come back.