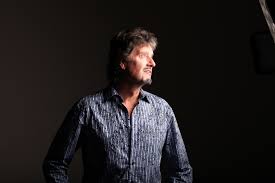 John Tweed is an award winning entertainer.  Audiences all across the country have been blown away by his voice, musicianship, and charisma.  After moving to Branson Missouri in the mid 90’s, John became known as “The Voice”.  His 4 octave range, proficiency on the guitar, and rapport with people has delighted audiences world wide.  After seeing John perform on stage at the Welk Theatre in Branson, Andy Williams said…”What a voice! and what a range!” “You are a terrific entertainer!”  This event is paid by your activities department.