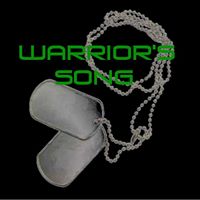 We are so excited to welcome for the 1st time to TL Warrior’s Song.  This quartet will bring us an evening of worship, testimony and harmony.  This event will be held at the Outdoor Pavilion.  A love offering will be taken.

After being medically retired from the US Army, Bob looked to his passion of music. He taught Music Theory at the Blessed Hope Baptist College in Benton, Arkansas; and then eventually met up with the Hallelujah Harmony Quartet, where he began singing tenor with them.

After a few years of traveling Arkansas with HHQ, Bob felt the Lord leading him to step out and begin his own ministry of song. After much prayer and council, Bob turned in his notice to HHQ and began the steps to build a Southern Gospel group.

Several dozen names were contemplated for the group. Finally, “Warrior’s Song” was settled upon, because of Bob’s military background, and because of the Biblical principle that we are warriors in God’s army.

However, God had some different ideas. Bob was contacted by Joe, who invited him to audition for another group. When that fell through Bob, Joe, and Lee decided to start a group. They settled on the name Bob had chosen for the group he was going to start, and the rest is history.

Where We Are, and Where We’re Headed

Right now, we are in the building stages. We’ve nearly got all our personnel settled, and will begin working on our first CD project soon. Our plan is to remain regional for the time being, singing in the lower Midwest and lower Eastern United States. But we will grow as God blesses and directs, with the eventual idea of becoming a full time